After the rest day, I sure felt good and was ready to get back on the road. Joe, from the Route 4 Deli, had suggested some back roads between Quechee and Woodstock, VT. He said US 4 had narrow shoulders, heavy traffic with a lot of trucks. I’m glad he made the suggestion. The back roads route was a nice relaxing morning ride along the Ottauquechee River. 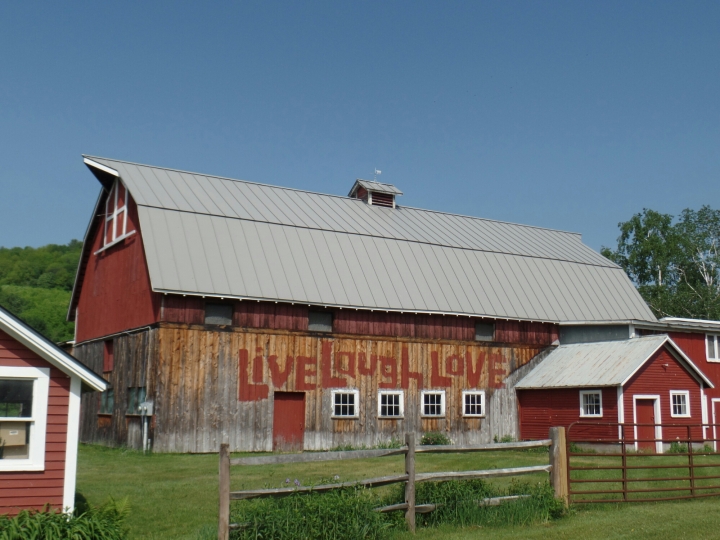 Woodstock was an amazing little town. How to describe it? When you think of small towns in a state like Vermont, Woodstock is exactly that town. It was like stepping back in time a couple of generations. I had to spend time walking around downtown, and used the library’s internet. Gillingham’s General Store (established in 1886), for example, had groceries in the front. But as you walked back, there were clothing, shoes, hunting, fishing and hiking gear, hardware, toys, and all kinds of goods. 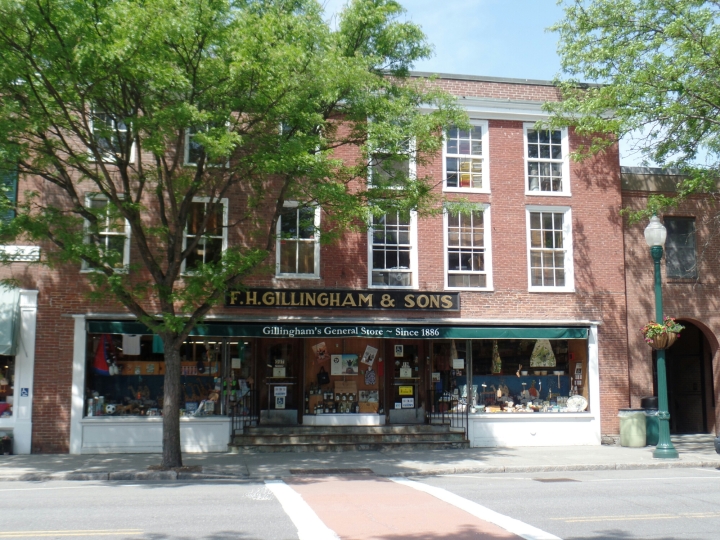 At Woodstock, I rejoined US 4 through Bridgewater, home of the Hillbilly Recycling Retail Store. There was also an old mill that had been converted into a shopping center of sorts, with a furniture store, pottery store and restaurant. There may have been more, but that is what I noticed. 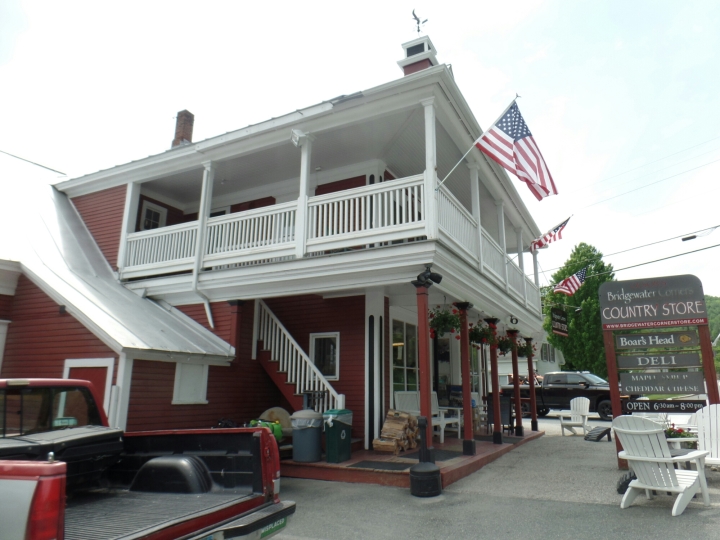 I stopped for lunch at Bridgewater Corners, where I had a mammoth sub sandwich. I had to let that settle for a bit before continuing on. I turned south again at Bridgewater Corners onto VT 100A. There must have been a bicycle race along this route because I kept seeing painted stencils on the roadway saying “KSR KOM 2km”, “KSR KOM 1km” “500 m” “200m”, etc. up to Plymouth Notch. For a real climber, I don’t think that mountain would have been much of a challenge. I am not a real climber. However, since I was the only one riding today, I am King of the Mountain and win the red polka dot jersey. Whoo Hoo.

Plymouth Notch is the hometown of President Calvin Coolidge. There is a historic site, but it wasn’t very well explained so I could not quite figure out what was what. I didn’t want to take a two hour tour to figure things out.

Just past Plymouth Notch, there was a half mile downhill that had a 15% grade. I have not seen a grade that steep yet. There was also a stop sign at the end of it. From the top of the hill, it didn’t look special. On the way down, though, even when I applied my brakes I accelerated. If the highway didn’t flatten out for the last couple of hundred yards, I would have blown right through that stop sign.

As I approached Ludlow, VT, I think I may have seen a bear. It was on the opposite side of the highway between the woods and the highway. It turned and ran before I could get a good look, but it was the shape you would expect of a bear. It was very small, maybe a cub. If it was, I am glad it ran, because I would not have wanted mama bear to come out to protect her cub from the man on a bicycle.

I got to Ludlow kind of late, so decided to stop at a hostel again. Ludlow is a ski resort town, so this is the off season. I think they are trying to get summer activities going to attract a year round crowd, but there does not seem to be very many people in town tonight.

I remembered another odd street name from a couple of days ago. “Funny Cide Drive”. I’m not sure what that is supposed to mean. Maybe it’s when you listen to too many old Abbott and Costello routines, can’t breath from laughing and die. If you want to find out, here is one of my favorites.