Wind can be a natural enemy to someone on a bicycle. When I started out the day, the wind was coming strong from the south. As a cross-wind, it really didn’t bother me too much, and actually help keep me cool. However, every time a truck came from the opposite direction, I would hit the turbulence like a brick wall. Sometimes, it was so strong it would slow me to a near standstill.

After Akron, CO, the highway turned northwest a little and headed somewhat downhill toward the South Platte River. I was excited about having a tailwind, even if it was just a 2/3 tailwind, and going downhill at the same time. I hoped to make good time with the favorable conditions. For the first 15 minutes, or so, I really did and cruised along at just under 20 mph.

Soon, however, the wind shifted directions and became significantly stronger. Soon, I was riding into a direct headwind blowing over 20 mph. My speed dropped to less than a third of what it had been. It was almost like climbing a steep incline. Fortunately, after about an hour, the wind continued to shift directions so it was coming mostly out of the north. With it only being a 2/3 headwind, I was able to make better time, but nowhere near what I had originally hoped. I only made it to Brush, CO, where I found a municipal campground. 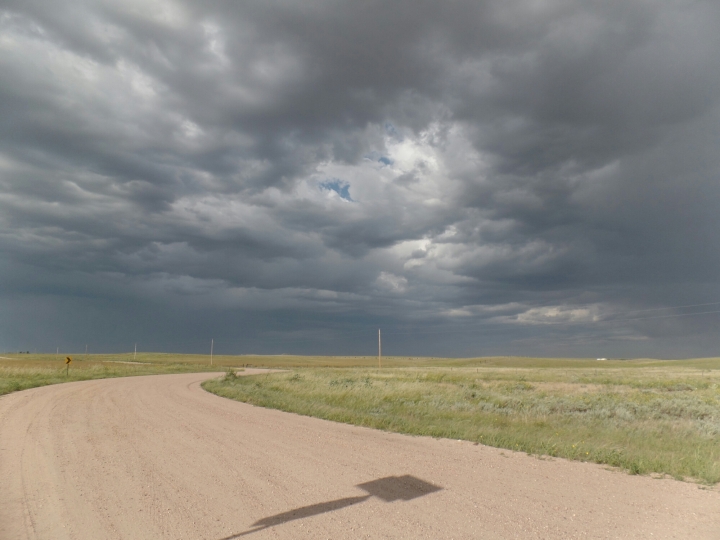