The past couple of days, I have had to stop every few miles to wipe the rivers of sweat from getting into my eyes. I decided I needed something to keep the sweat from my eyes and bought a bandana. The further west I go, the more I look like an old hippy. By the the time I reach San Francisco, I should fit right in in the Haight.

I stopped in Clarence, MO to get something cold to drink. There were several cars at the first gas station I saw. As I got closer, though, I realized that the cars had manikins in them rather than people. When the man who owned the station retired, rather than selling it, he set up vintage cars with manikins like travelers stopping for gas. It was kind of cool, but kind of creepy. 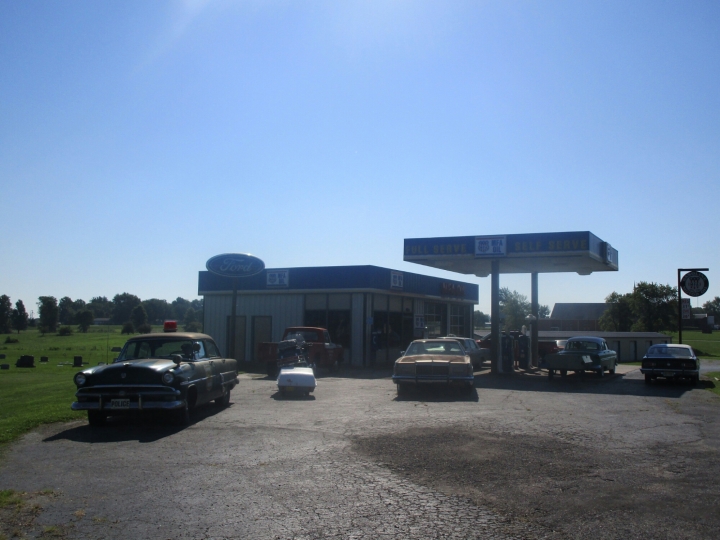 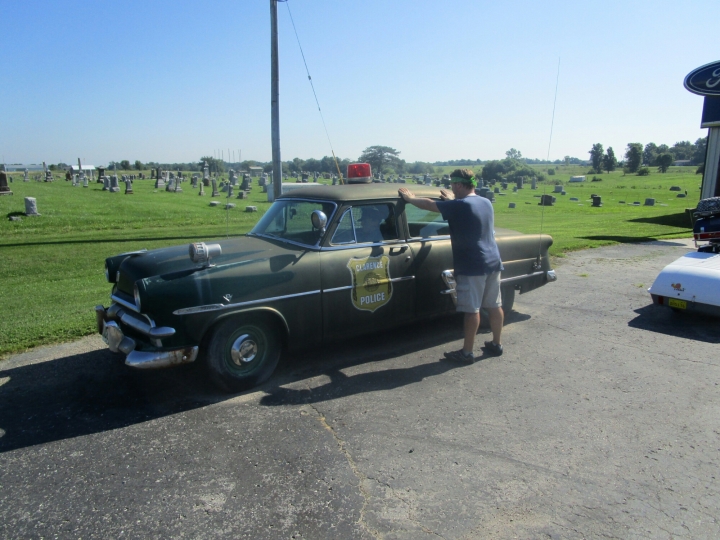 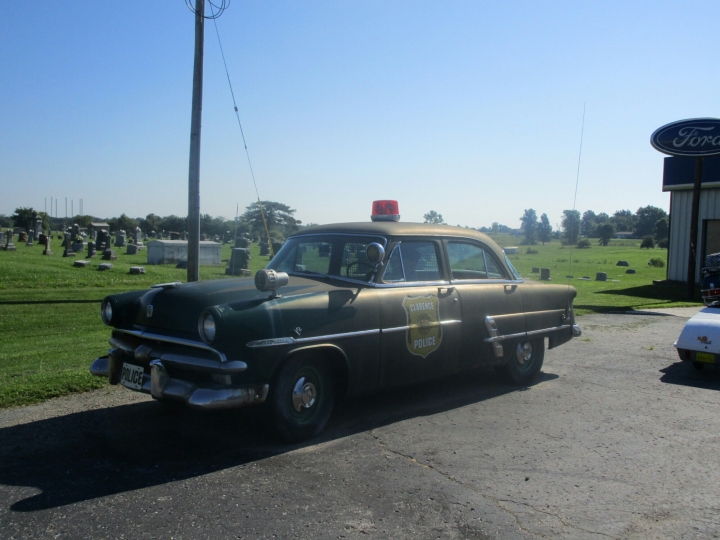 I turned north at Mason, MO. The wind was coming out of the south. While I rode west, it helped cool me down a bit, but when I turned north, it felt like there was no wind and it became very uncomfortable. Fortunately, with the tailwind, I was able to keep my speed up a bit and made it to La Plata by early afternoon.