In 1986, Life magazine called highway 50 through Nevada “the Loneliest Road”.

“It’s totally empty,” says a AAA counselor. “There are no points of interest. We don’t recommend it.” The 287-mile stretch of U.S. 50 running from Ely to Fenley, Nev., passes nine towns, two abandoned mining camps, a few gas pumps and the occasional coyote. “We warn all motorists not to drive there,” says the AAA rep, “unless they’re confident of their survival skills.”

Of course, the people who live and work along highway 50 have used the designation as a way to attract tourists and show them what there is to see and do along the route. 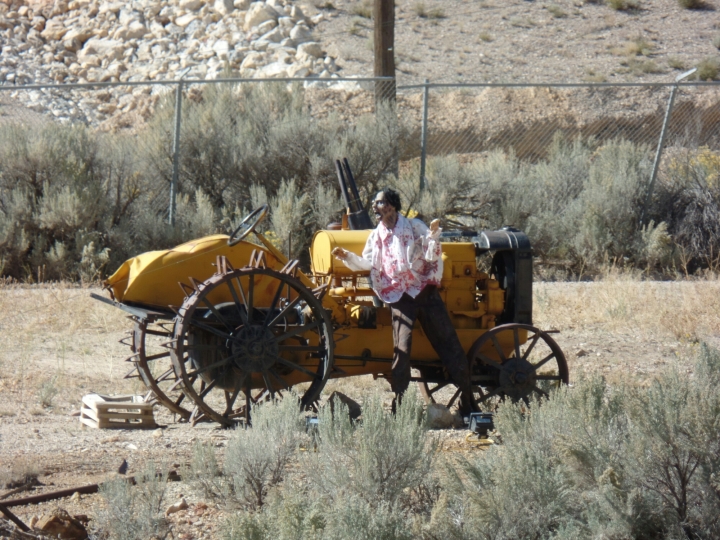 For such a lonely road, there seems to be quite a bit of traffic. It’s not real heavy, but I get passed by a car or truck several times an hour. I was expecting much less. Maybe as I go west.

I had planned to get a good distance today. After all, I stayed an extra day in Ely, so I was plenty rested up. The wind, however, had other ideas. It has been strong, from the southwest, since I left Ely. For the first several miles, I was going mostly north, so the wind pushed me up to Robinson Summit. At the summit, the highway turned to the southwest, and I crossed the valley heading into the wind. By the time I reached the other side of the valley, my energy had been sapped. Part the way up the other side, there is a BLM campground. I decided to call it a day. Hopefully, the wind will die down tonight and I can make it to Eureka tomorrow. 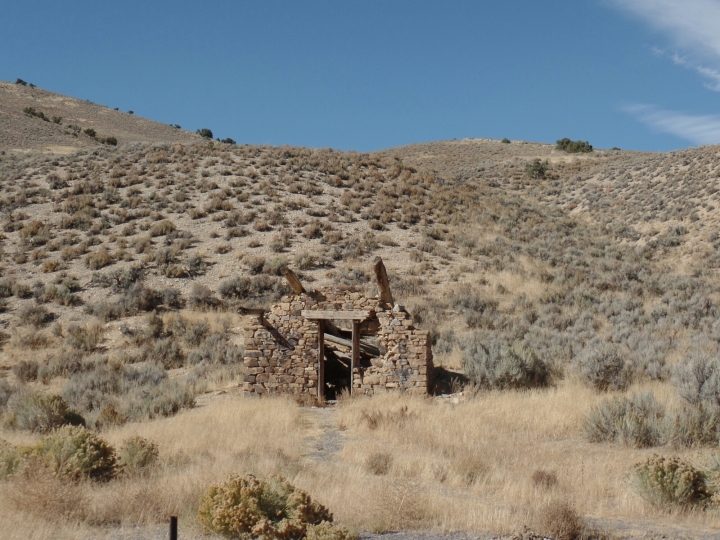 I wanted to go from Ely to Austin, NV, in three days. Since I didn’t make it as far as I had planned today, I will add a day. It should make the riding a little easier, since I won’t be pushing myself to put in a large number of miles.

I upgraded my sleeping bag in Ely. It is supposed to get down into the low 30’s and 20’s overnight for the next week. My old sleeping bag just couldn’t handle those temperatures. Hopefully, the new sleeping bag will keep m