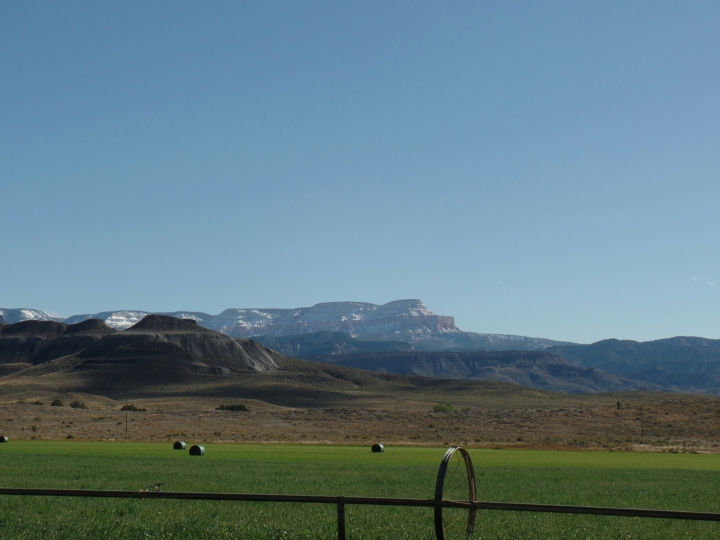 I got rained out yesterday. Not only did the rain continue, but there were flash flood watches and warnings throughout the area, including the canyon I needed to climb next. I decided the best thing to do was to stay put for one day. I did find a motel room where I was able to dry out and stay warm.

Today started with a climb through Bryce Canyon. 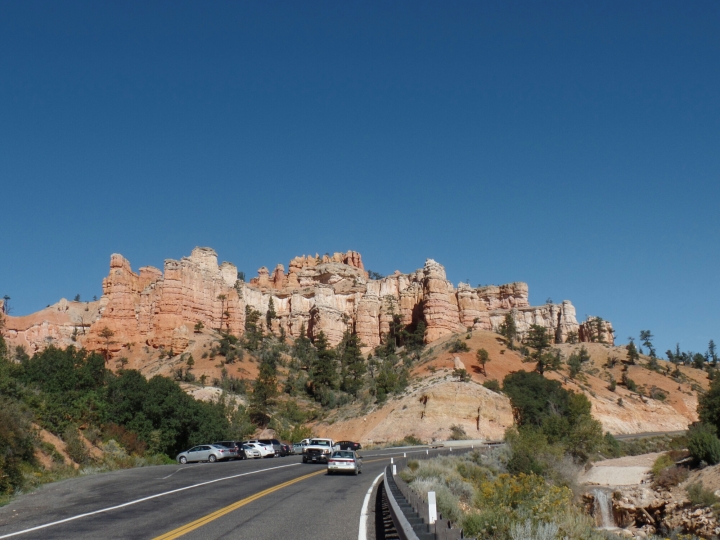 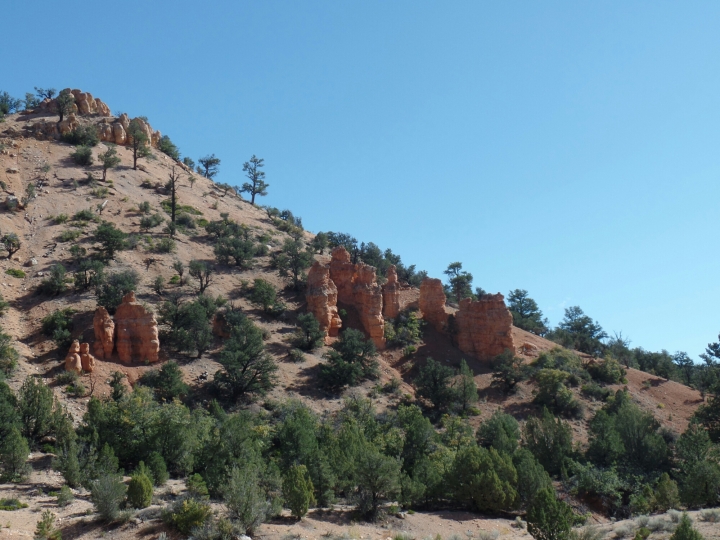 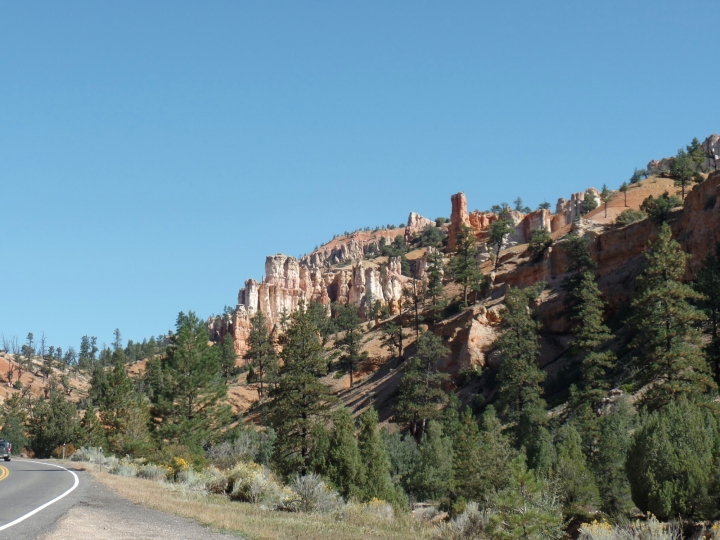 At the top, there was a plateau to Red Canyon with a bike trail following the highway. It was nice to get away from the traffic for a while. It was a good that I didn’t ride yesterday. When I reached the plateau, there was snow on the ground, just a little as it was melting. It made for a cold ride. At the top, I had to get some full fingered gloves to keep my hands warm. Fortunately, there was a convenience store at the top where I was able to get some work gloves. I also had to put on my wool sweater to ride across the plateau and down Red Canyon. 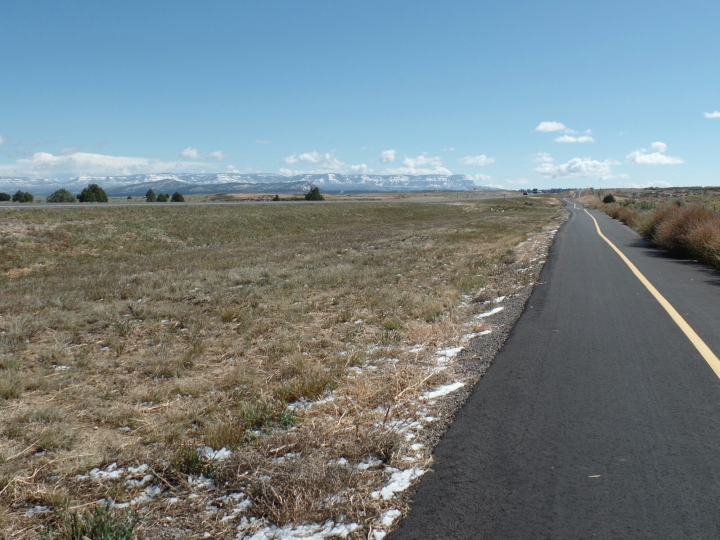 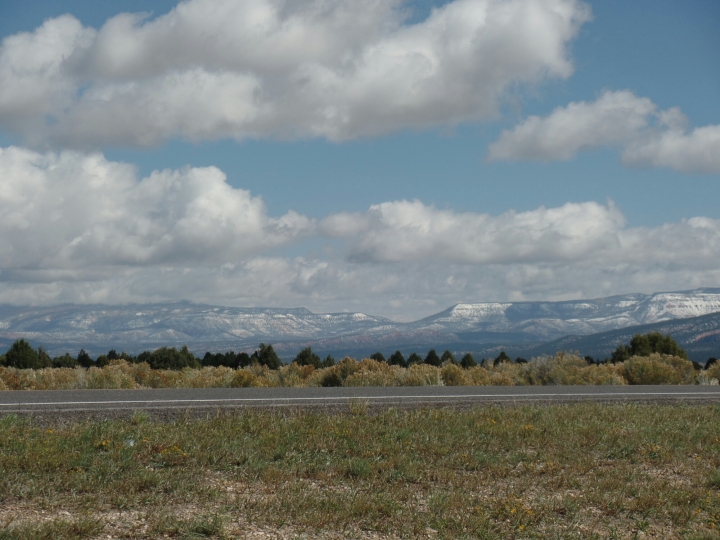 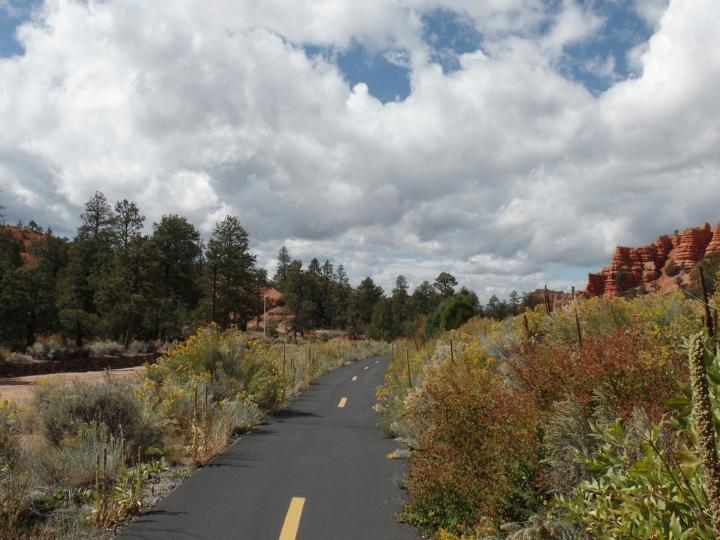 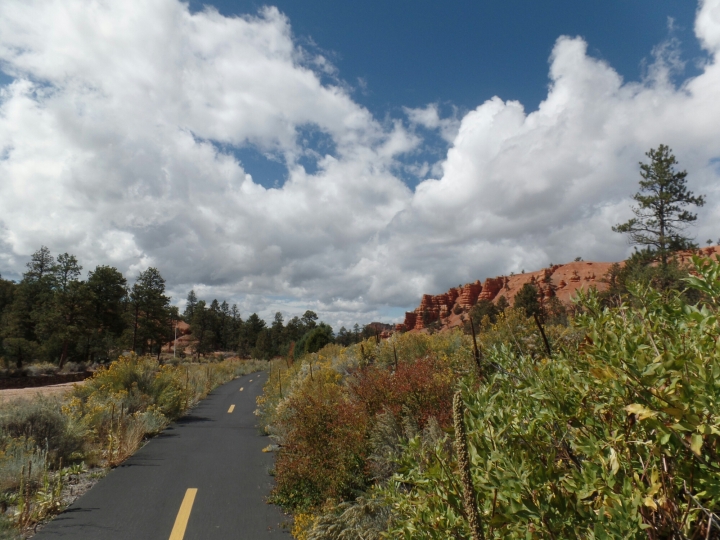 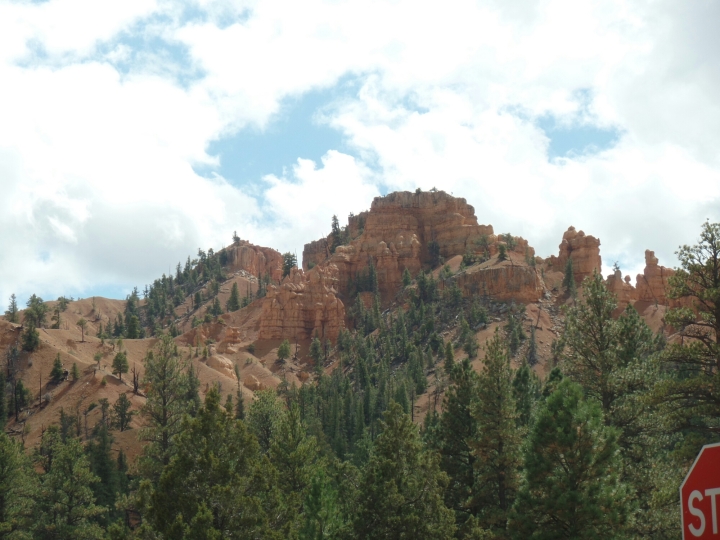 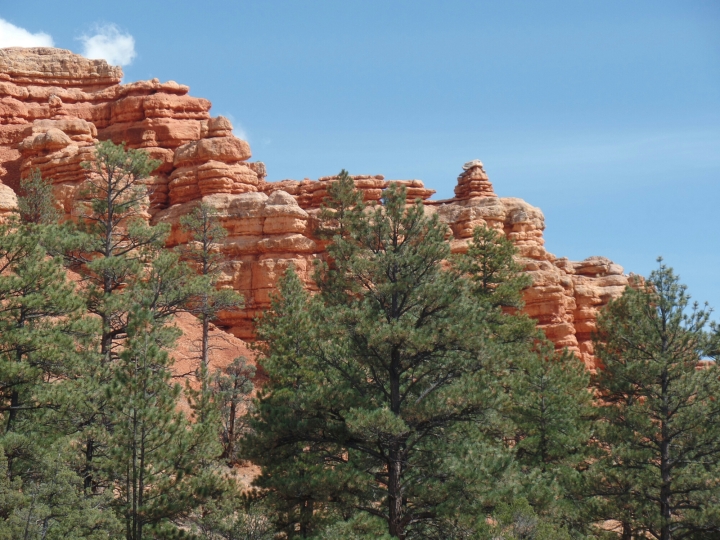 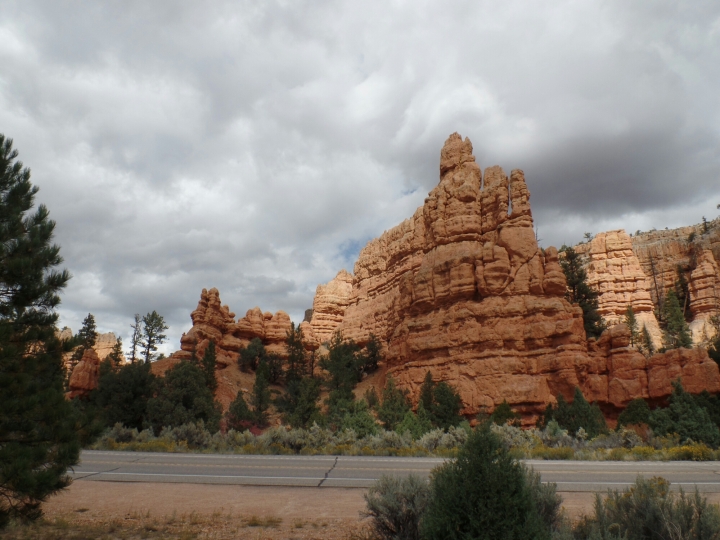 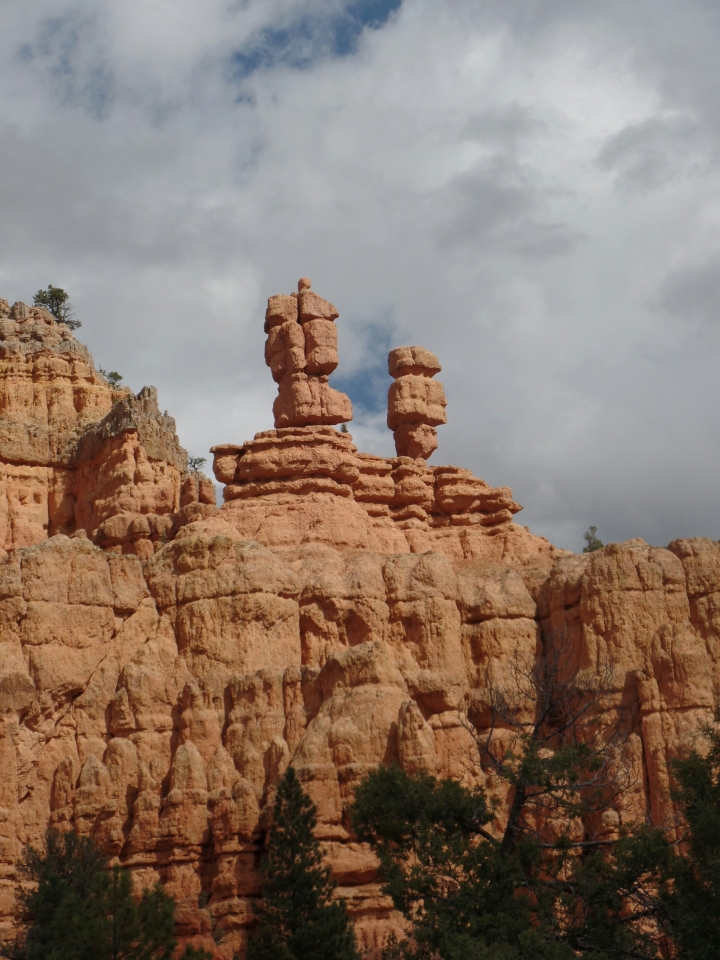 Entering Panguitch, there was a series of signs like the old Barbasol ads. The signs said, “We played with marbles/And climbed trees/Now kids can’t play/without batteries.” The signs must have been posted by some old, grumpy man who wants to complain about today’s youth. Truth be told, if he had the same games available when he was a kid, he would probably have played less with marbles and climbed fewer trees.

The forecast for the night was for a low in the 30’s. The rain for the past couple of days was caused by a cold front moving through the area. I decided to get a motel room in Panguitch just to keep warm. When I got to Panguitch, I saw a building with no roof. The walls were intact, but the roof looked like it had been pealed off. As someone who grew up in Kansas, the first thing I thought was that it had been hit by a tornado. Turns out, it was. Panguitch had a tornado and a blizzard over the past couple of days.

The motel I stayed in was old and looked like it hadn’t been updated since the 1950’s. The heater was a gas heater. It looked a bit like a kerosene space heater, but larger and connected to the building’s gas. Even turned down low, it really warmed up the small room fast with a nice dry heat.