I had to ride the rest of the way through Colorado Springs this morning. Google tried to send me through a complicated bike route. Then I noticed I was already on the highway I wanted to be on for the day, so I just followed the highway through town. It took me through downtown. Bike trails through cities are nice, but I really like to see the towns I’m riding through.

The highway circled around Cheyenne Mountain. I’m pretty sure that’s where the government hides the stargate. 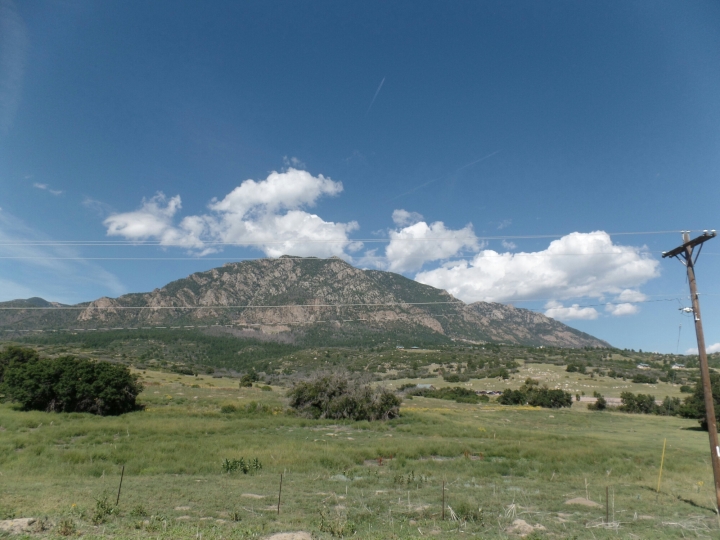 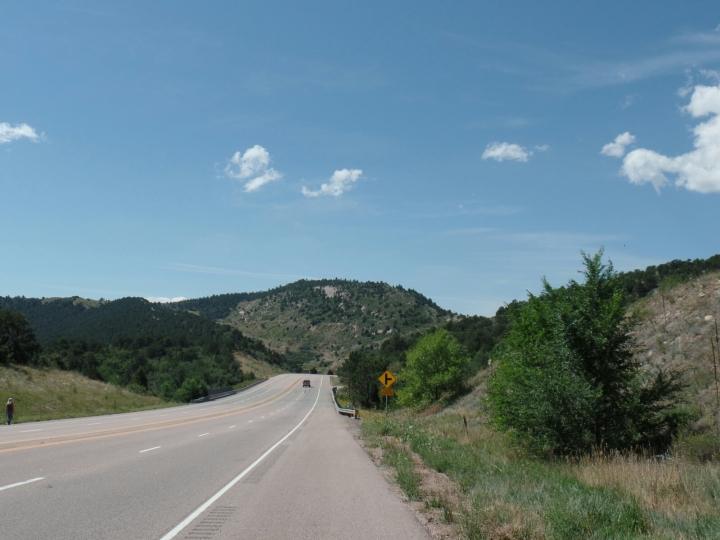 There were a couple of good climbs today, one of which was at a 6% grade. It should be good practice for what is coming up. Neither seemed terribly difficult, although I did move slow. After the second climb, it was mostly downhill through a canyon like area to Canon City. It was a very pretty ride that took me through the foothills and into the mountains. 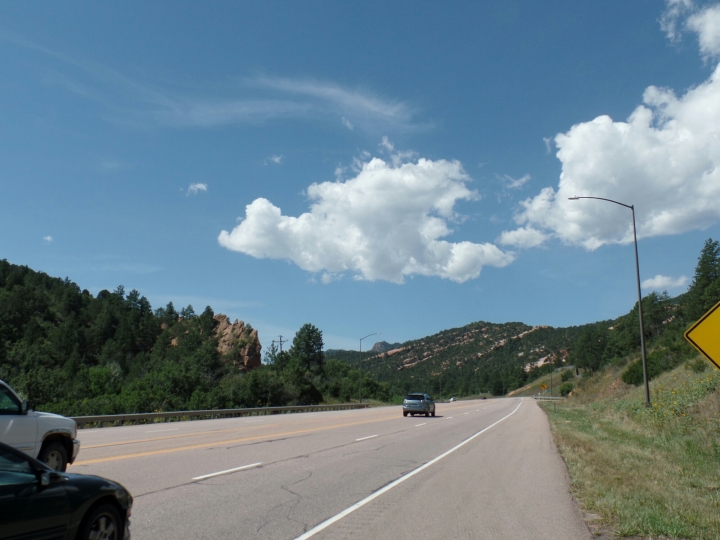 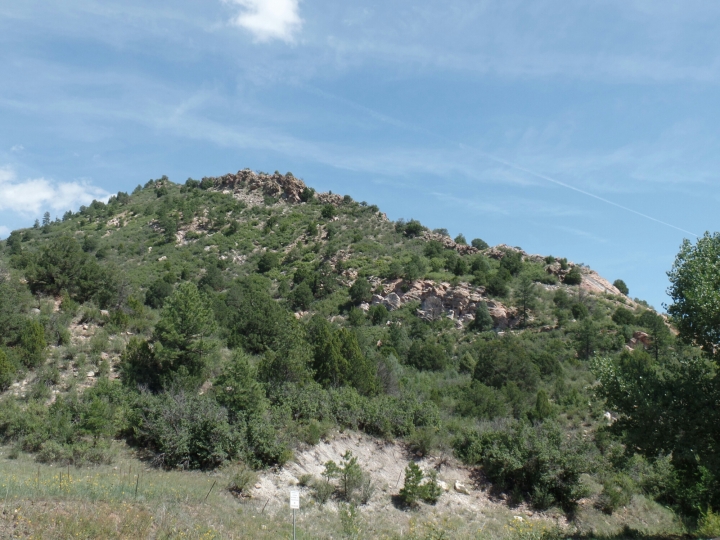 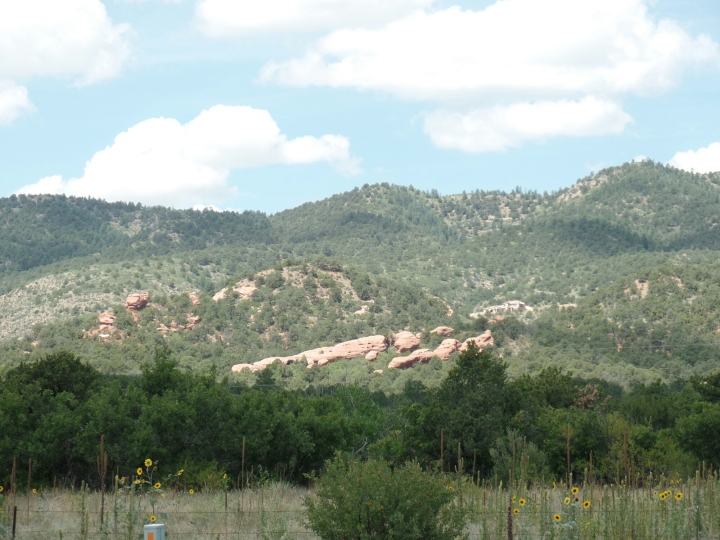 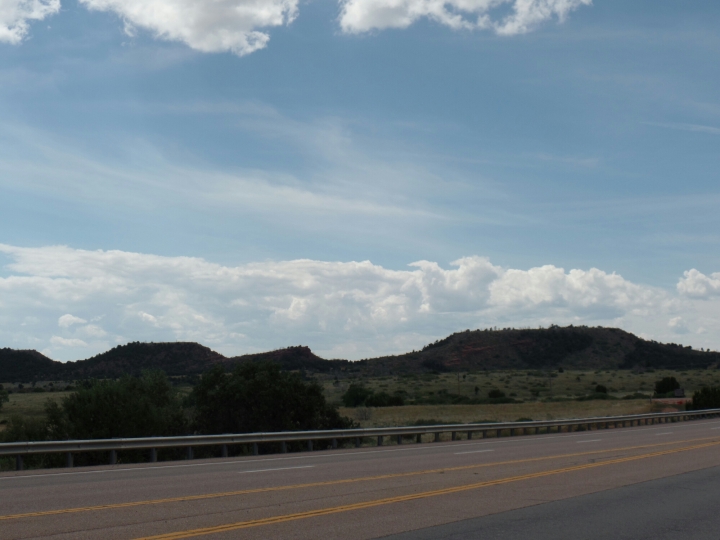 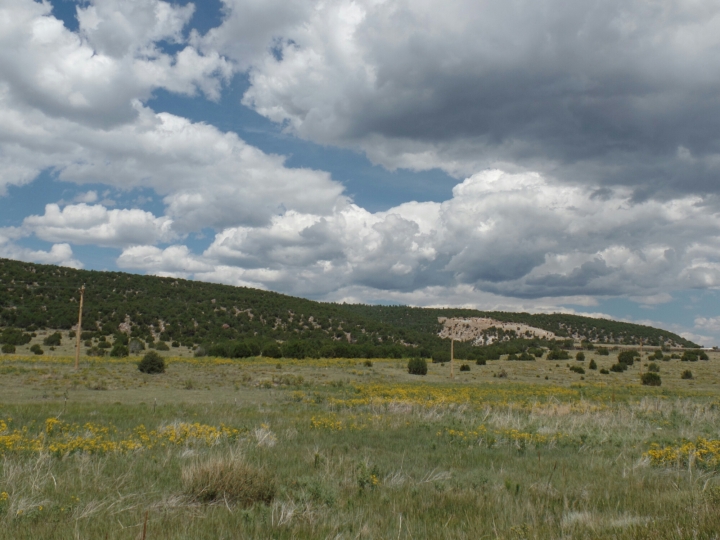 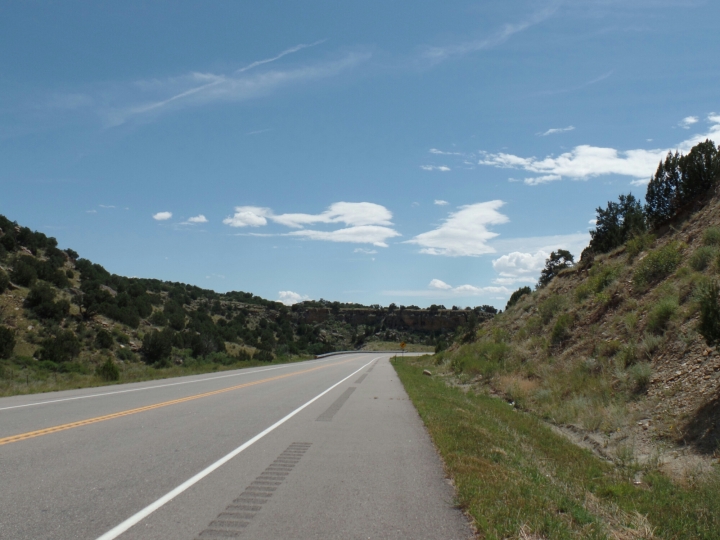 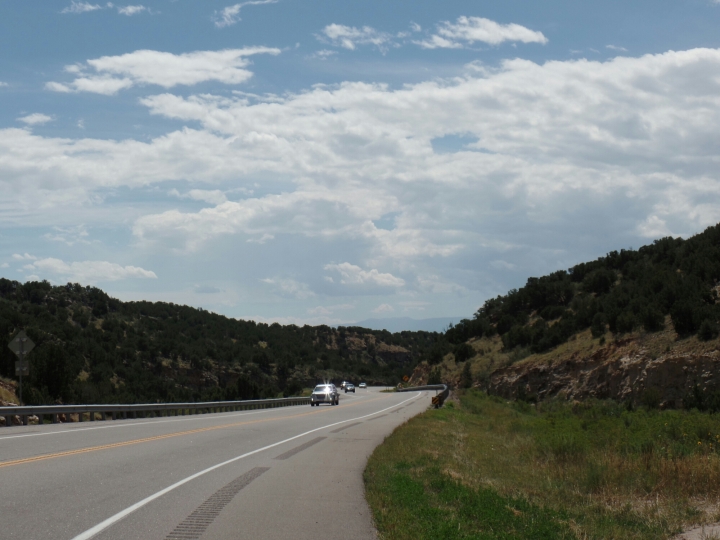 As I rode south, the landscape became noticeably more arid. Cacti began to replace wildflowers and the plant life in the hills became less dense. 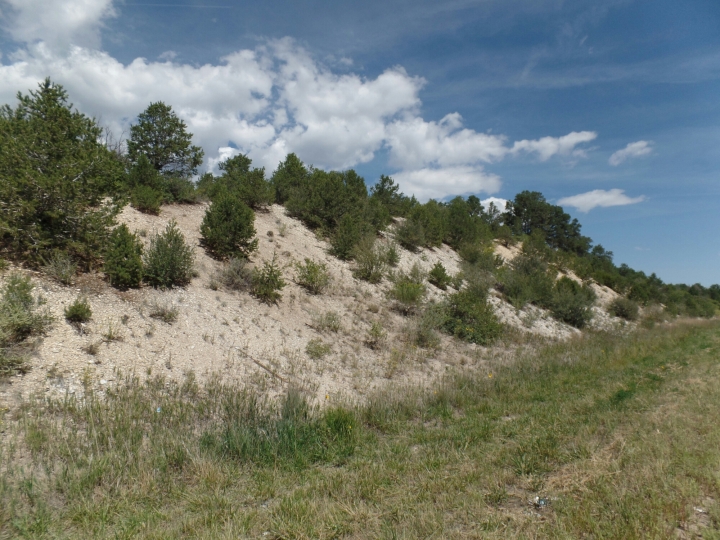 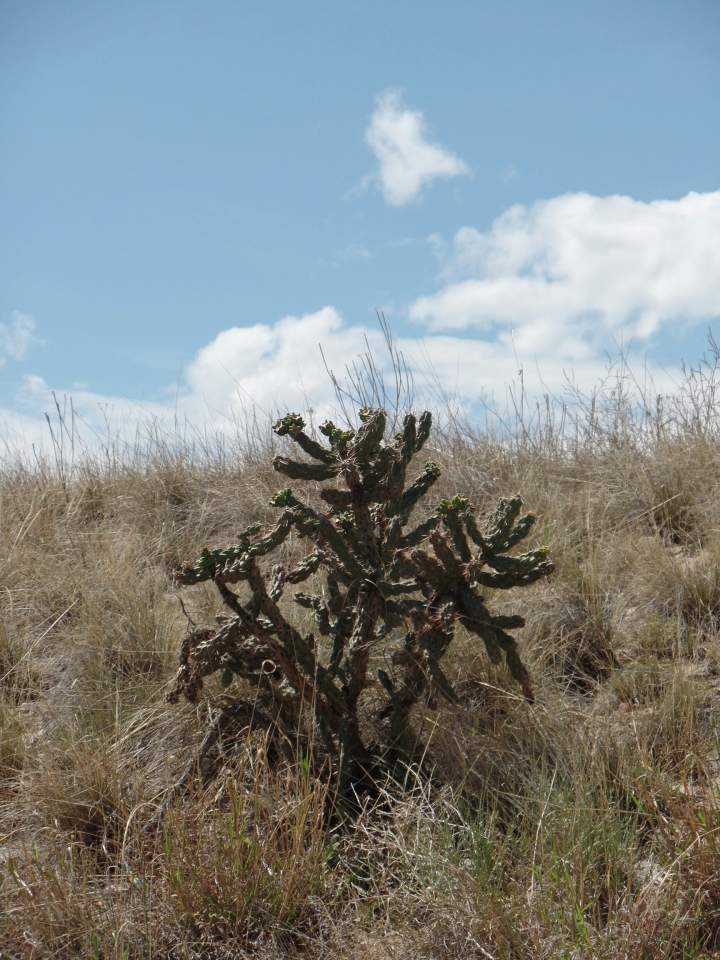 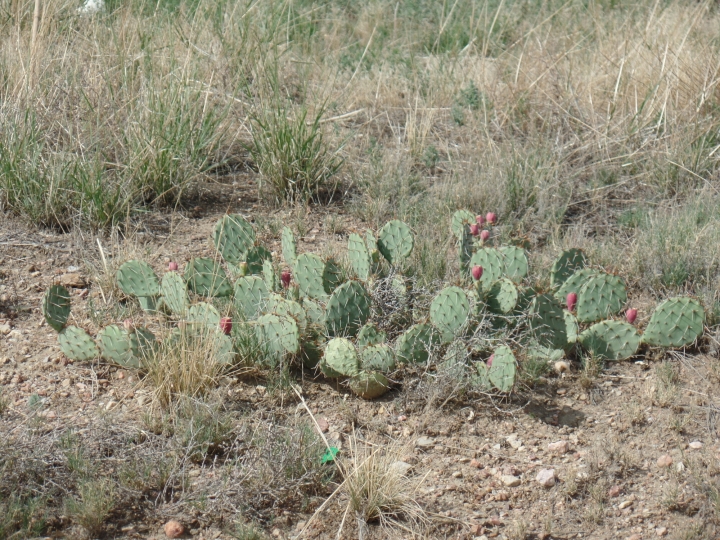 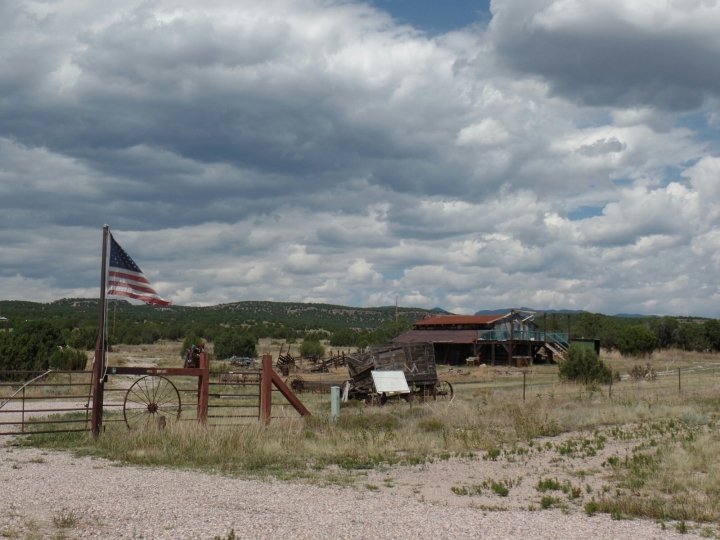 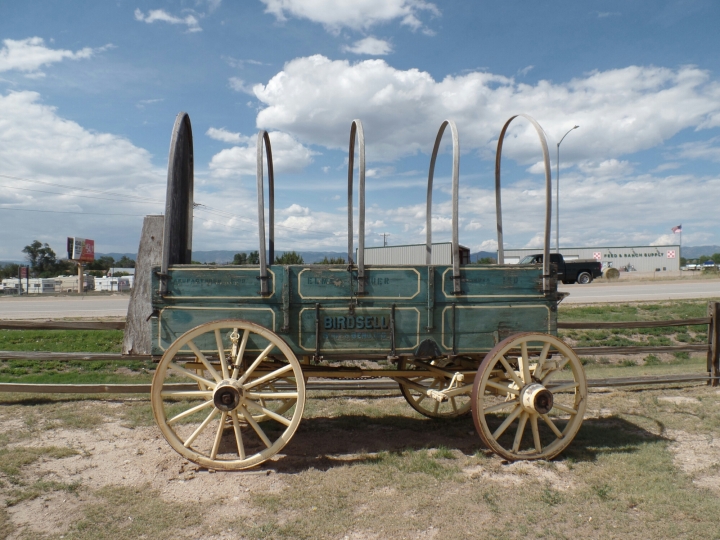 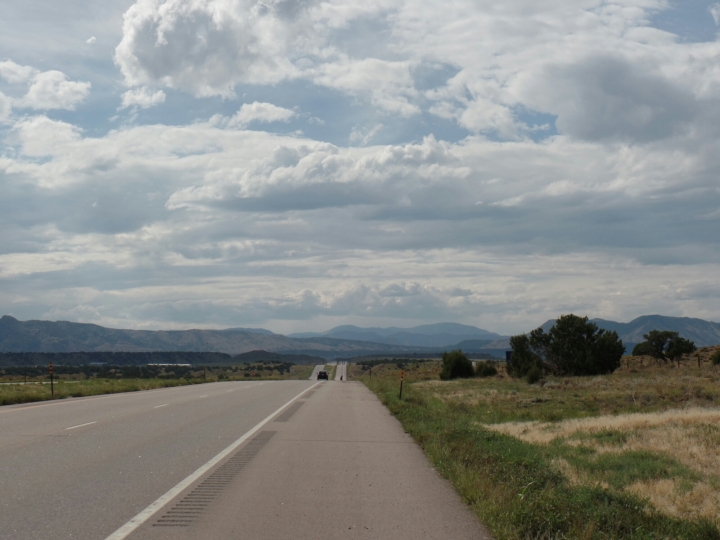 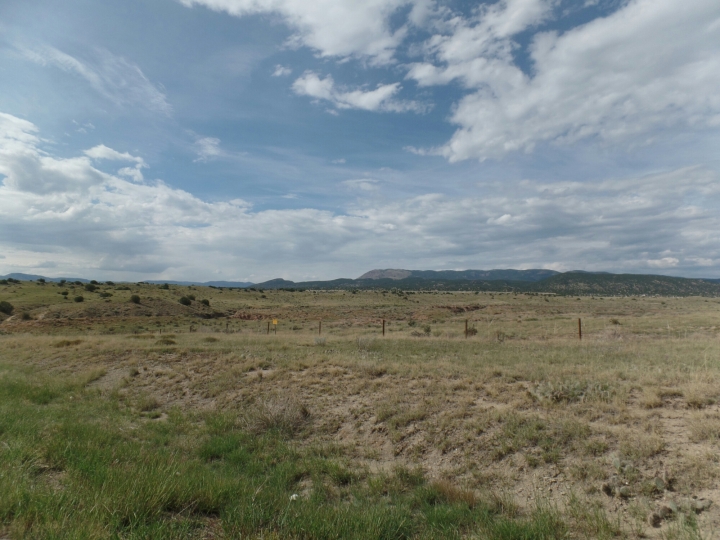 On the east side of Canon City, I stopped for a short break at a convenience store. While there, a woman asked if I smoked weed. She wanted to trade weed for a cigarette. That’s not something I have experienced yet on this ride.