I have read that humans are the best endurance runners of all the animals. We may not be particularly fast, but we can run further than other land animals. There are many adaptations that help, like our upright positions and swinging our arms to counterbalance the strides. Imagine how terrifying our ancient ancestors must have been to other animals. Once they start chasing you, they just don’t stop, ever, until you collapse from exhaustion. Then you become dinner.

Some of the adaptations are also useful for bicycling long distances, day after day. Sweating, for instance. The ability to cool the body by means other than panting. Not only does it help regulate body temperature, but it allows us to take in extra oxygen through our mouths to help keep our muscles going.

The past two days, the sweating has been intense. I’m not sure why. It hasn’t been particularly warm nor humid. All of my clothes have rings of salt on them. Usually, I can get a couple of days out of my shirts, and three from my cargo shorts. Not the past couple of days. I have never gotten salt rings on my cargo shorts until these past two days.

West of Logansport, IN, the highway went through a wooded area. It was kind of reminiscent of New England, though without the hills. After a few miles on the highway, I tried to get onto a county road to avoid the traffic. For the most part, it worked pretty well. The county roads mostly run east/west and north/south. So I found one that was parallel to the highway, about a mile north. The first several miles were on asphalt. Then, in the middle of nowhere, it turned into a gravel road. I don’t think I would mind a dirt road so much, but gravel can be difficult to ride through. After about three miles, it was asphalt again. There didn’t seem to be any reason for the changes. 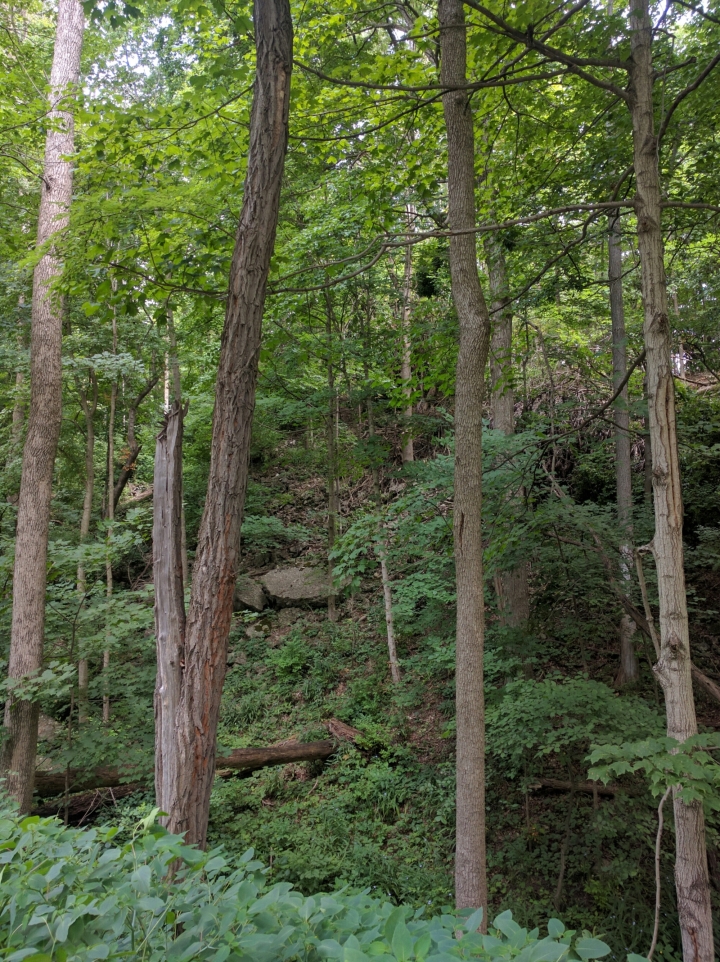 I passed some new wildflowers. I always get a little excited when there is something new. I tried to look them up on an app, but couldn’t quite out what they are. 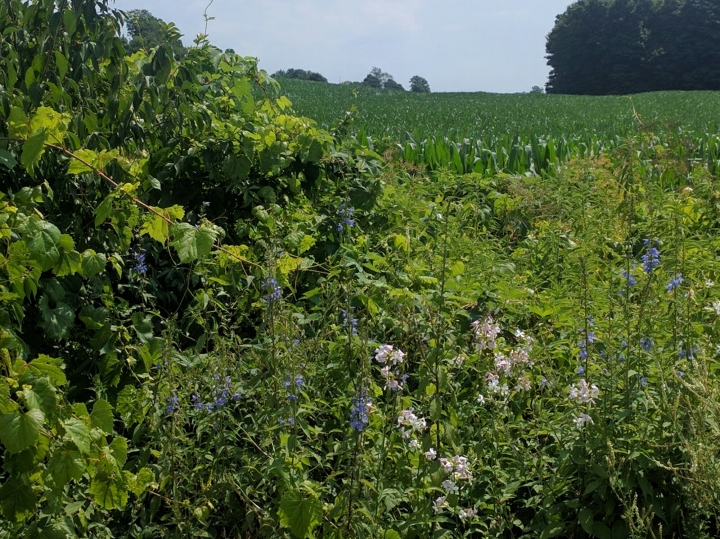 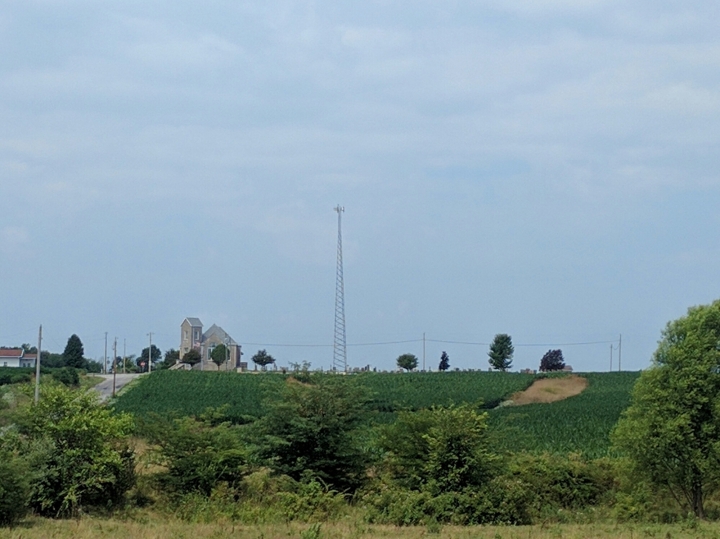 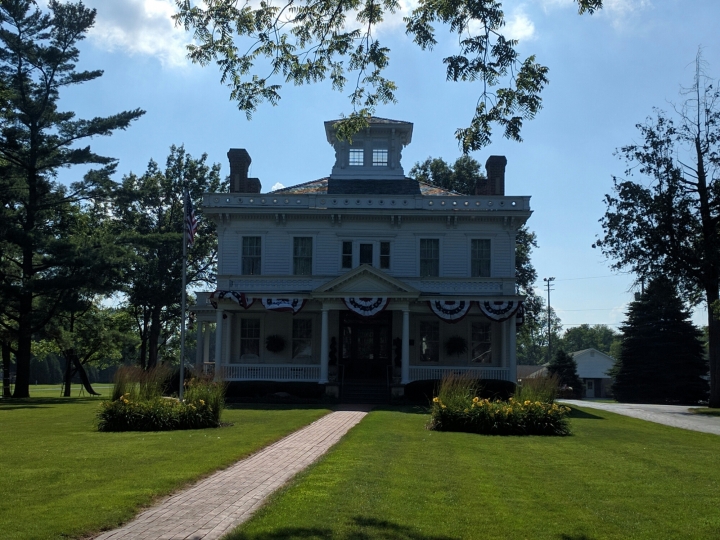