I stopped at a library on my way through Burgettstown, PA. While I was still by my bicycle, a little boy of about five or six years old yelled out, “Can I talk to you?” I said, “Sure.” He then told me I can’t ride a bicycle on the street, that I had to ride it in a park. I tried to explain that if I didn’t ride in the street, I couldn’t get to where I was going. He suggested I should get a car. “But that’s no fun,” I explained. At that point, his mother called him over to her.

After saying the trails were all looking the same, the Panhandle Trail today was really very pretty. Yellow, purple and white wild flowers grew all along both sides of the trail. There were bushes with those bright red berries I’ve been seeing everywhere and wooded hills in the background. 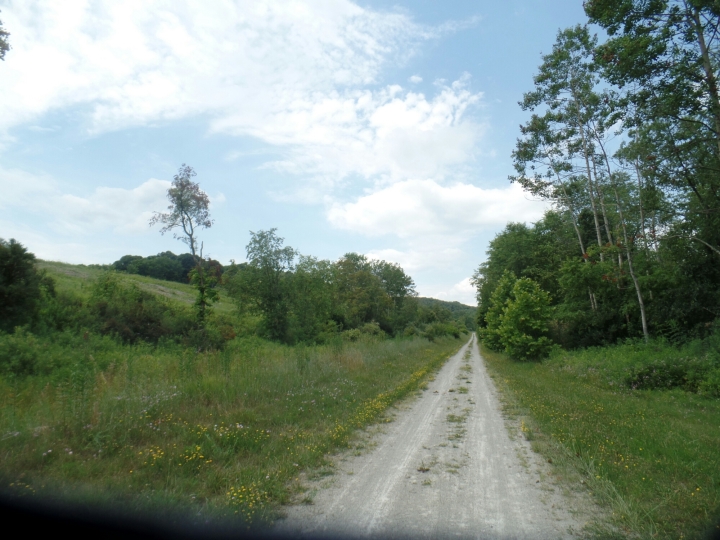 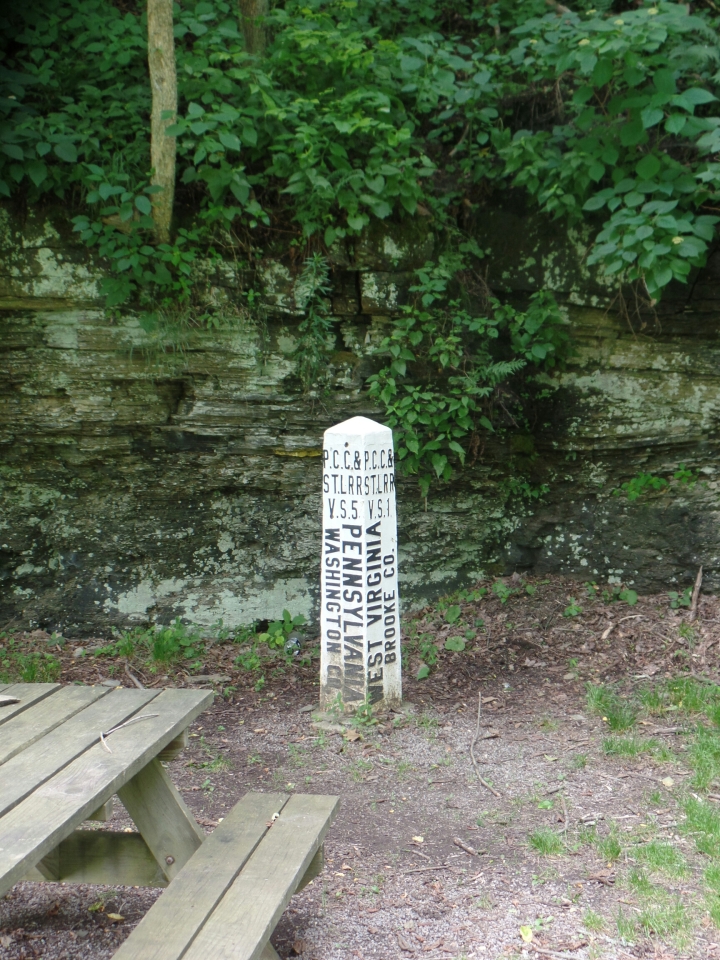 Unfortunately, the trail ended in the middle of nowhere. I had to cross the Ohio River and there were only two options. One was on a four lane, limited access highway. The other was a steel deck bridge that supposedly had a walkway along it. I made the wrong choice. The road to the steel deck bridge was up and over a steep hill. I hadn’t climbed a real hill in a couple of weeks and forgot how much I dislike climbing, especially at 9% grades. Once I got to the bridge, there was no way to get my bike to the walkway unless I lifted it up over a railing. The walkway itself didn’t look very stable. I decided to ride ever the roadway, which was narrow and busy. Bicycles don’t handle steel decks very well, so it was a slow ride over a long bridge. Fortunately, the drivers behind me showed a great deal of patience as I slowly made my way across.